The client actually wanted to test out my AppleTV in a conference room vs. the ridiculous cluster of wires that we had no luck wading through to get a picture on the screen. Within 10 seconds the AppleTV was up and running and the best part was anyone in the room with an Apple device could share without passing cables around the table.

It works well but wasn’t as seamless as I would have first thought as there are a few things I learned. Like setting a password for AirPlay. This could have prevented the short war created by people attempting to hijack the AppleTV connection from someone else. Intentional or not it was an easy problem to overcome.

I am also now seriously looking into the handheld pointer for the iPad Pro. The setup isn’t too terribly bad but it requires more moving parts and components than an HDMI connection into a laptop. Just a thought to keep in the back of your mind. I come from 20 years in IT and every connection is viewed as another point of failure. Cables rarely fail, whereas power cables, wireless, and devices that bridge connections sometimes fail often or at least more than a cable. Not to mention much more expensive to replace.

So overall you’ll need a wireless connection for screen mirroring and I always recommend you bring your own HDMI cable as well in case the projector doesn’t have one. This has been a lesson I could have learned the hard way from more than a couple of times. 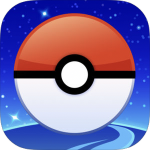 As always I have to get in the fun stuff. I cannot let my fun bar run too low. So I decided to download an oldie but goodie, Pokemon Go! It has some cool features that you can exercise while catching Pokemon and workout to “walk your eggs” until they hatch or buddy up with a Pokemon and they give you candy if you walk far enough. Overall a fun game to play with the kids or the wife if you’re into catching imaginary pets stored in multicolored balls for fun. For me its been a franchise I grew up on and always loved but never got to play until I was grown.

Finally, I get to listen to my audiobooks in the car and during a break each day for a 60-minute walk. Easy to download and listen to thanks to iBooks. No complaints yet. It’s not quite as feature robust as some of the alternatives like Audible, but it’s got all the basic features you would expect an app to have.

I’m going to wind down for the night now, I look forward to what tomorrow brings. Leave your comments below and I’ll get back to you as soon as I can!