Ahh, the end of week two. Let’s start with a personal challenge and finish on a good note.

The iPad is suited for a lot of things, but precise overlays of graphics on an iPad are not it’s forte. This was almost maddening as swiping across the screen could cause a presentation element to get moved to throw across the screen, then exiting out would auto save, which I later learned how to turn off.

The pen was a dramatic help in bringing things under control but I still wouldn’t recommend creating full presentations on an iPad if you don’t have to. It is definitely more suited for presenting than creating unless you’re in a pinch. This is one use case you’re going to want to break out the laptop if you have one handy. Things will go much faster. If it’s not graphics based or you’re just doing bullets and smart art, then the iPad should suit your needs no problem.

One last note on this, presenting a PowerPoint on the iPad does yield one unfortunate downside. You cant use the iPad for anything else, the desktop is mirrored not extended so everything you do is seen by your audience. Good news is Apple did happen to suppress notices from showing up on the mirrored screen. I’ll need to search and see if there is a device that can be used to extend the iPad vs. Mirror.

I added two new games to the stable today. 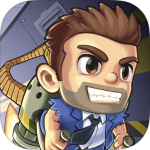 This is a really nice game to play when you need something quick to pick up and put down when you have a few spare moments. Nothing funnier than a guy on a stolen jetpack zooming across the screen trying not to get hit by a laser, missile or lightning bar. 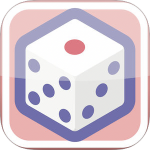 Next up, a personal favorite, Fortune Street. My wife and I found this game on the Wii a few years back and it became an instant favorite. The iOS version is a bit watered down and less Nintendo themed than the Wii version but still as much fun. Basically, it’s like Monopoly combined with the stock market and then throw some random chaos from other players in and you have Fortune Street. This game is better suited for longer playtimes but can’t be saved so you don’t have to play in one sitting. The average game can last from 5-10 minutes to well over 3-4 hours.

Well, that’s it for today, look forward to seeing you tomorrow where we’ll see if the iPad can survive a night in the pool.