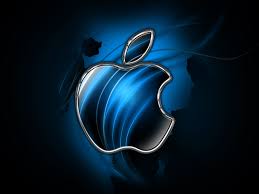 Day 9 brought forth new and exciting ways to use my devices. It seems there is almost no end to the things you can do and do them with ease with these products. Today I decided to add some new apps to the stable, starting with Microsoft Azure app.

I deal with a lot of clients and personal assets in Azure so I wanted to be able to manage them on the go. The good news is it works well if you need to do simple monitoring or want to know the configuration of an app. The bad news is there is no support for multiple accounts and no ability to do any type of config on the resources at this time.

If you’re like me with about 5 different email address based on different clients, this will be a pain point logging in and out for each account as you need to use it. I would have liked to have been able to at least start and stop resources, but no worries as I can still use the web portal for that. Rest assured, feedback has been submitted to Microsoft about this.

Finally, it does have cloud shell and being able to copy paste some code at the ready from my OneNote to fix simple issues or spin common resources is quite nice. It’s about as close to native PowerShell on an Apple product I’ve ever seen.

Next up, I installed the Azure App Services Companion to see how the cloud management worked. This was essentially the same thing, different screen format and only for App Services with a little better monitoring but that just may have been the layout fooling me. This was still okay for what it was but didn’t bring enough value to keep.

Ok, this next thing has been bugging me for days and finally found the fix after a little searching. It’s super annoying I can’t see the status of the Apple Pen but I get warnings when it is getting low, so here’s the fix for others whole feel the pain:

Step 1: On iPad Pro Swipe to the right to get to the today screen
Step 2: Scroll down to the bottom and tap the Edit button.
Step 3: Tap the plus sign next to “Batteries” to enable the widget then reorder it to the top of the enabled list.
Step 4: Tap Done to finish. Voila, you now can see the status of the iPad and Pen battery life and when you open the case for your AirPods you see those statuses as well!!!!

Let me just say I love this watch! I just started a new workout routine with my Apple watch today to track my outdoor walk during my lunch hour. I also wanted to use my newly imported audio books to listen to while I took the walk. Unfortunately, I found that the AudioBooks I had uploaded to my iTunes were only on my iPad, and even with sync turned on the iPad and phone, and with an iCloud backup done on both devices that apparently those Audiobooks don’t sync. Given my time I decided to download Audible and just listen to it there until I could figure out if I had done something wrong. Perhaps this afternoon or tomorrow I’ll solve it, can’t be that hard right?

For my last feat of the day, after I got home, I decided the user experience was great so far but what about developing my own iPad app. Being a small part-time developer I have a little prototype itch and was curious if iPad knew how to scratch it. Being a Visual Studio native I decided to go with Xamarin in Visual Studio using C#, it’s not the only way but it’s the way I wanted. If you’re interested in making the journey there are a few things you’ll need to do:

Read this if you want to install a virtual machine in VMWare Player or ESX to run MAC as an alternative.

3.Connect your Device To Visual Studio

4. Sign up for the Beta and setup TestFlight on your iOS device.

Once you have completed the steps above you should be ready to start and test an iOS app through Visual Studio.

Tomorrow I think I’m going to try to convert some of my comics to iBooks. See you then.